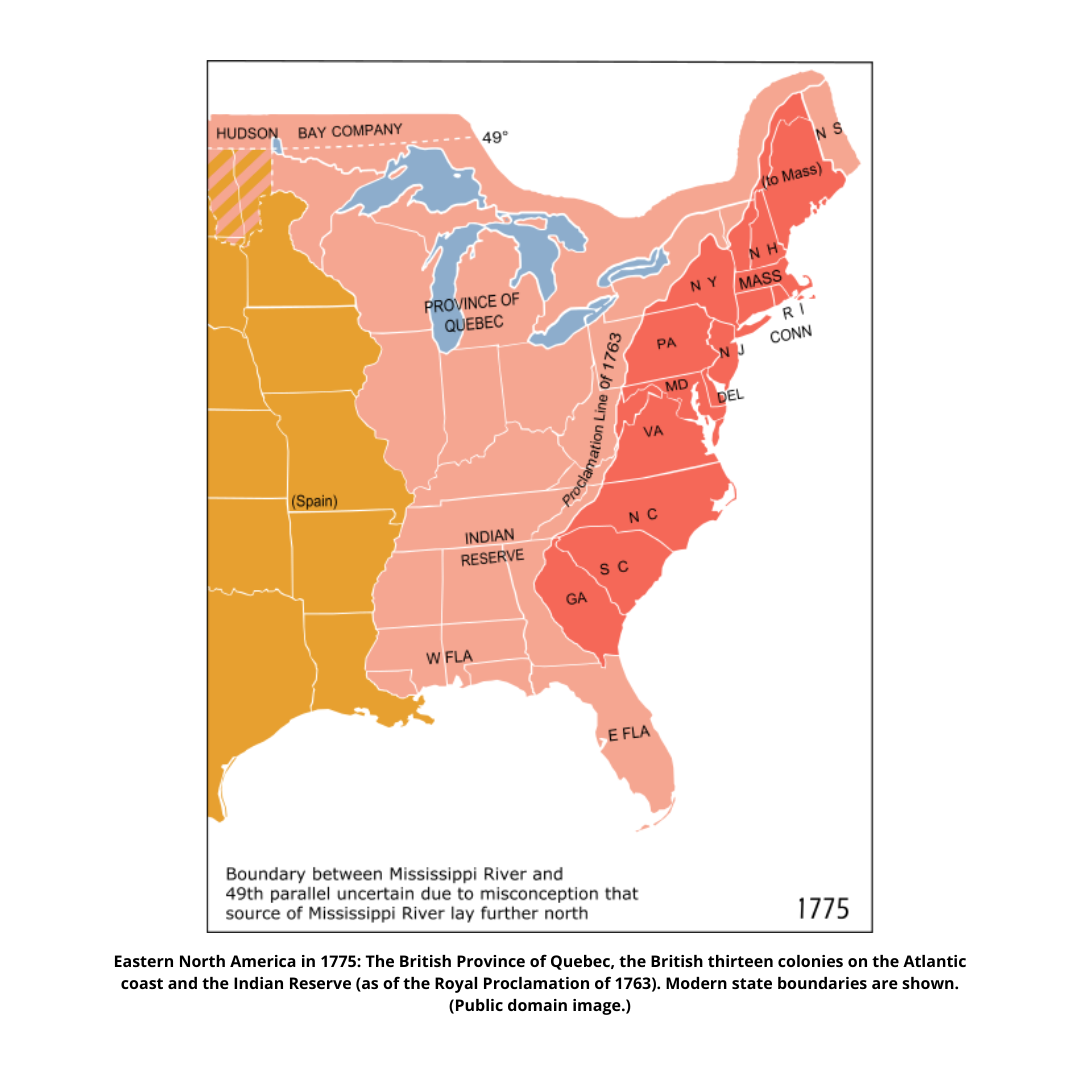 The United States was founded on land occupied by native peoples who inhabited the entirety of the geographical range of what is now known as North America.  Prior to the founding of the United States multiple areas of North America had been colonized, primarily by England, France, and Spain. Peoples from these countries, as well as peoples brought from Africa as slaves, inhabited these colonized areas and displaced indigenous populations through removal, military action, and through high morbidity rates of indigenous populations exposed to European diseases such as small pox and measles.

At the time of its separation from England in 1776, the United States consisted of states originating from 13 colonies located on the eastern edge of North America: The Province of Massachusetts, New Hampshire, New York, New Jersey, Pennsylvania, Maryland, North Carolina, South Carolina, and Georgia; the colony of Rhode Island, Connecticut, and Delaware and Virginia. Through acquisition of lands previously claimed by Spain, Mexico, the Netherlands, France, and Russia the geographical boundary of the United States continued to expand to include all interior lands, as well as the land along the Pacific Ocean.  In the 20th century, the United States acquired the island of Hawai'i and the peninsula of Alaska.  Concurrent to this expansion in geography was the expansion of the population through emigration from Europe, South America, and Asia, as well as importation of African peoples to the United States as slaves. In 1808 importation of people from Africa ceased after the passing of the Act Prohibiting the Importation of Slaves.

The shifting populations of immigrants has been a continual political, social, and cultural issue in the United States; immigration and the treatment of refugees continues to have important consequences on law and public policy.