As European nations began to colonize the Americas, they entered into treaties with the Natives whose land they occupied.  Before American independence, the British entered into several treaties with tribes throughout New England.  Most treaties were created in order to exclude other European powers from interfering in the business of the colonies.  When America did establish independence, it sought to ensure the same protections against foreign powers interested in toppling the new government.  As a result, the newly founded Congress passed the first of several Trade and Intercourse Acts in 1790.  The act reaffirmed the United States' power to enter into treaties with Indian nations.  Additionally, it began to define who was an Indian and non-Indian and what rights each had inside and outside of Indian Country.  The act also circumscribed the rights of Indians to sell land unless "under the authority of the United States" 1 Stat. 137 § 4 (1790). 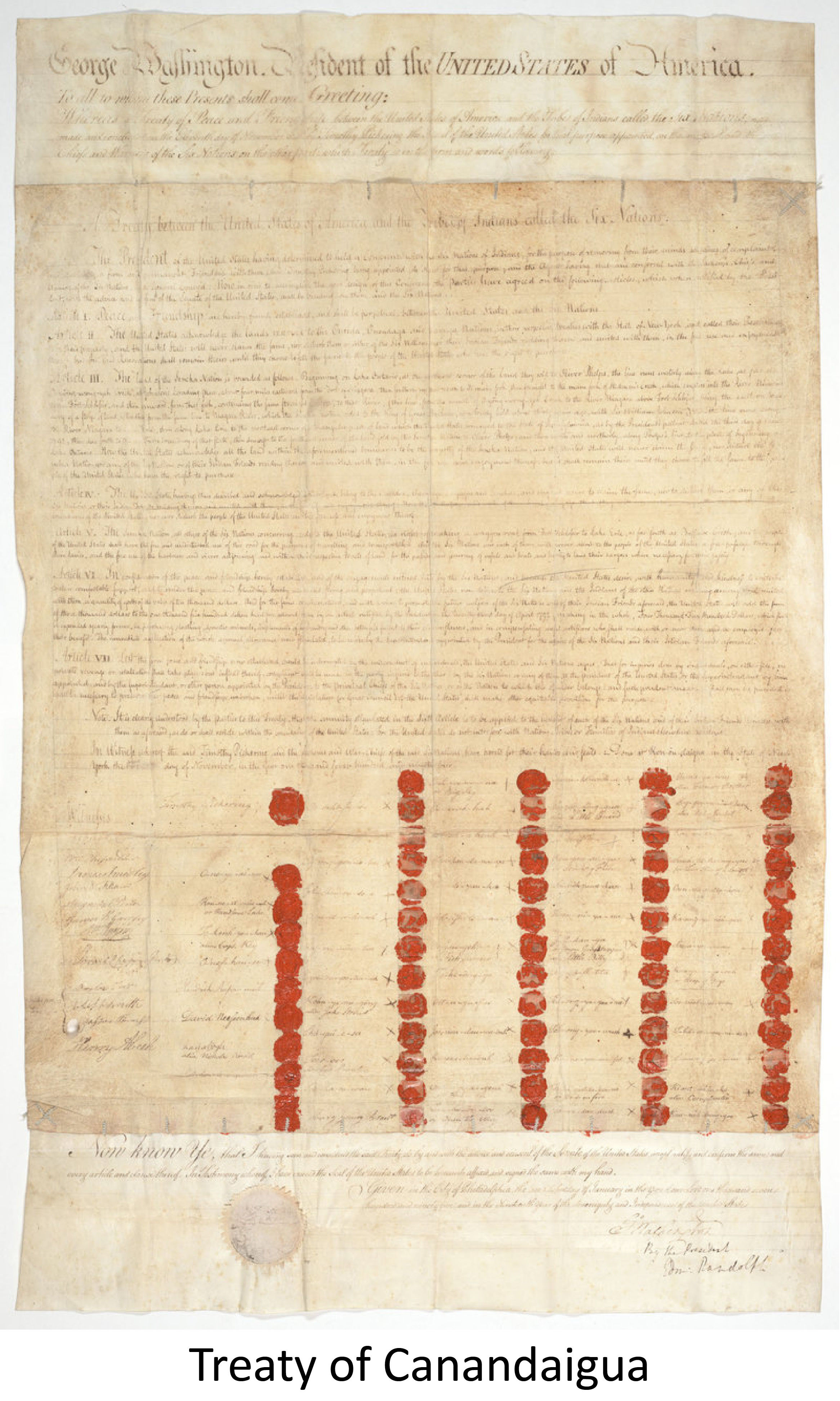 The United States signed its first treaty with the Delaware Tribe in 1778.  Power to declare war and make treaties derives from Articles I and II of the United States Constitution.  Under Article I, Congress shall have the power to "regulate Commerce with foreign Nations, and among the several States, and with the Indian Tribes" and to "declare War, grant Letters of Marque and Reprisal, and make Rules concerning Captures on Land and Water".  Additionally, under Article II, the President may "make Treaties, provided two thirds of the Senators present concur".  Since signing its treaty with the Delaware Tribe, the United States has entered into 400 treaties with tribal nations.

Despite Article VI of the Constitution defining treaties as "the supreme Law of the Land," the United States has often reneged the promises it has made with Native American tribes.  Often, negotiators and representatives of the U.S. government entered into agreements with tribal nations under false pretenses, securing land cessions from tribes and then going back on their word.  Even those treaties made in good faith were often unilaterally altered by the Senate before ratification without consultation with the tribe about which the treaty was concerning.  It was not until the mid-1800s that the United States judiciary intervened to correct the imbalance of power.