A Brief History of Civil Rights in the United States: The Self-Determination Era (1968 - Present)

The Self-Determination Era is characterized by an explosion in civil rights activism.  Beginning in the late 1960s, the Self-Determination Era ushered in a new wave of tribal leadership.  Activists across the country used political, legal, and civil tactics to force the United States to reckon with its history of mistreatment toward Native Americans.  This page outlines (1) "The Rock" and the Red Power Movement, (2) Environmental Justice, (3) Preserving Indian Country, (4) Murdered and Missing Indian Women, and (5) Mascots.

"The Rock" and the Red Power Movement

We, the Native Americans, reclaim the land known as Alcatraz Island in the name of all American Indians by right of discovery.

We wish to be fair and honorable in our dealign with the Caucasian inhabitants of this land, and hereby offer the following treaty:

We will purchase said Alcatraz Island for twenty-four dollars (24) in glass beads and red cloth, a precedent set by the white man's purchase of a similar island about 300 years ago....

-The Proclamation of the Indians of All Tribes 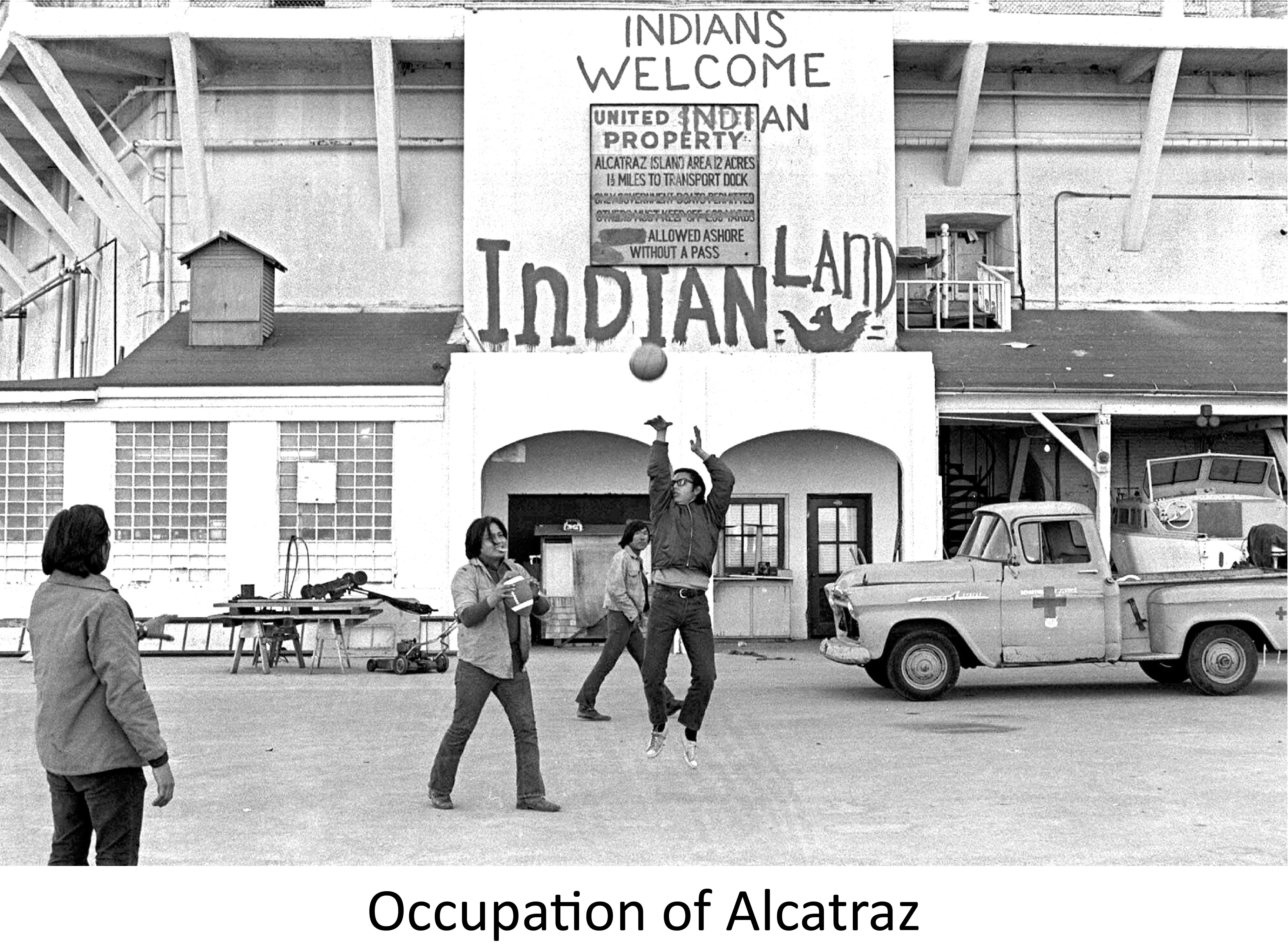 While there is no single event that triggered the Red Power Movement, the seizure and occupation of Alcatraz was surely its catalyst. On November 4, 1969, a coalition of Native American students led by Richard Oakes (Mohawk) and community members from the Bay Area began an eighteen-month long occupation of  Alcatraz Island, also known as "The Rock." Demanding recognition and fulfillment of the promises made during the Civil Rights Movement and the Johnson Administration's War on Poverty, the group drew broad attention to the issues and concerns of Native Americans. The occupation drew people from all over the United States, including members of the American Indian Movement (AIM) and other civil rights organizations. The occupiers recorded their demands in a proposed treaty entitled, "The Proclamation of the Indians of All Tribes." Unfortunately, the occupation came to an end when the government began cutting off basic resources, such as electricity, to those living on the island.

The Red Power Movement runs through the veins of indigenous movements today. Its ability to turn frustration, militant demands, and injustice into actionable causes can be seen in protests and movements currently happening both nationally and globally. 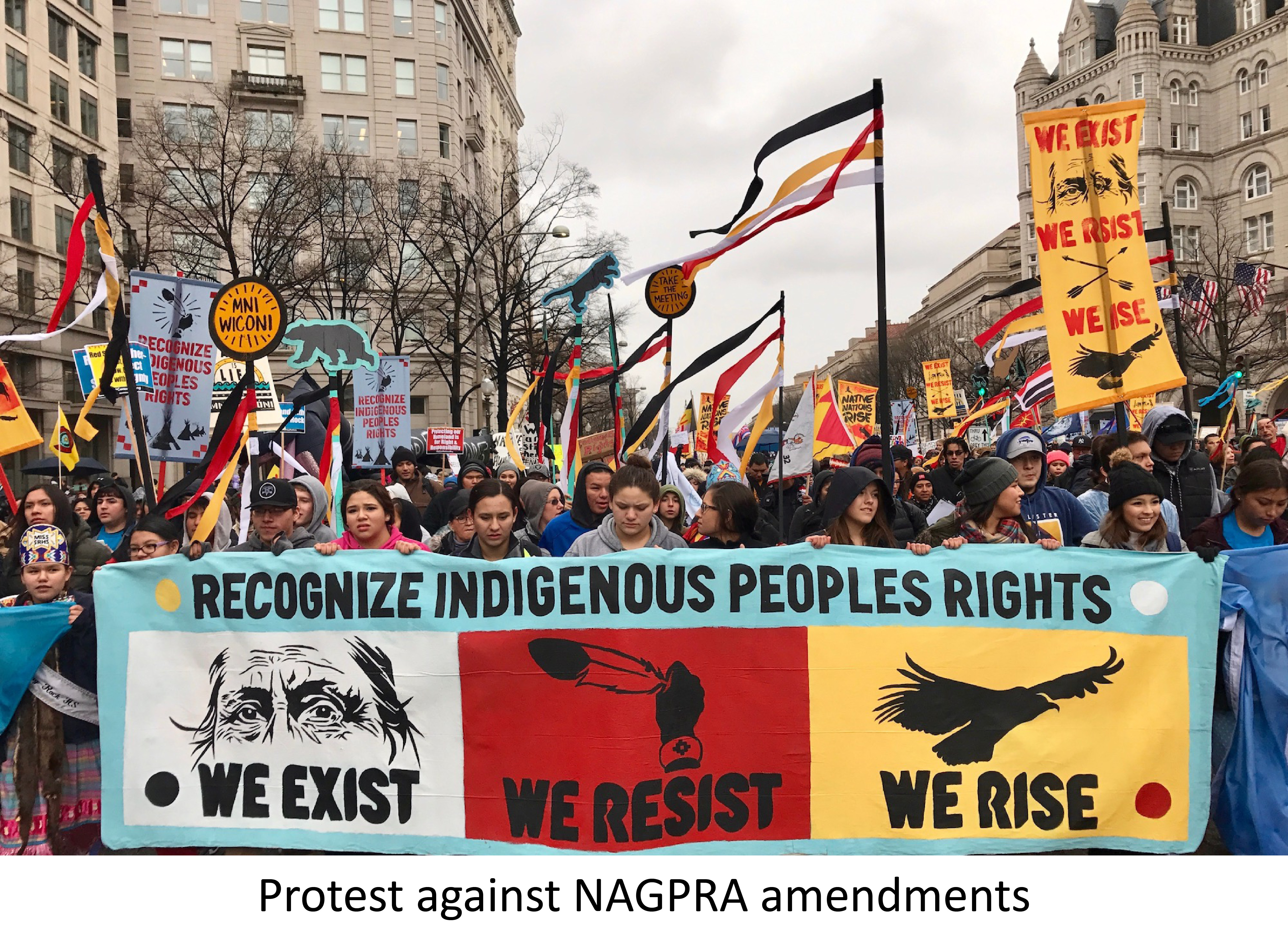 There are numerous, ongoing struggles that define Native American environmental activism. Perhaps one of the most pressing is the repatriation and protection of ancestral remains and sacred tribal objects. Beginning in 1990, Congress enacted the Native American Graves Protection and Repatriation Act to be better assist in such protections. However, preexisting land holdings and provisions of the law that give considerable weight to non-Native interests have perpetuated the inability of Native Americans to reclaim their sacred artifacts from sites and plan developments.

Other environmental activism aims to restore balance to the land. In the Pacific Northwest, tribes are advocating for the removal of hydroelectric dams, which proliferated greatly during the 1930s under the New Deal's Public Works Act. hydroelectric dams greatly disrupt the flow of rivers and have negative impacts on aquatic life. Certain species like salmon, which are cultural resources for many tribes, have begun to disappear as a result of continue dam production. Fortunately, several 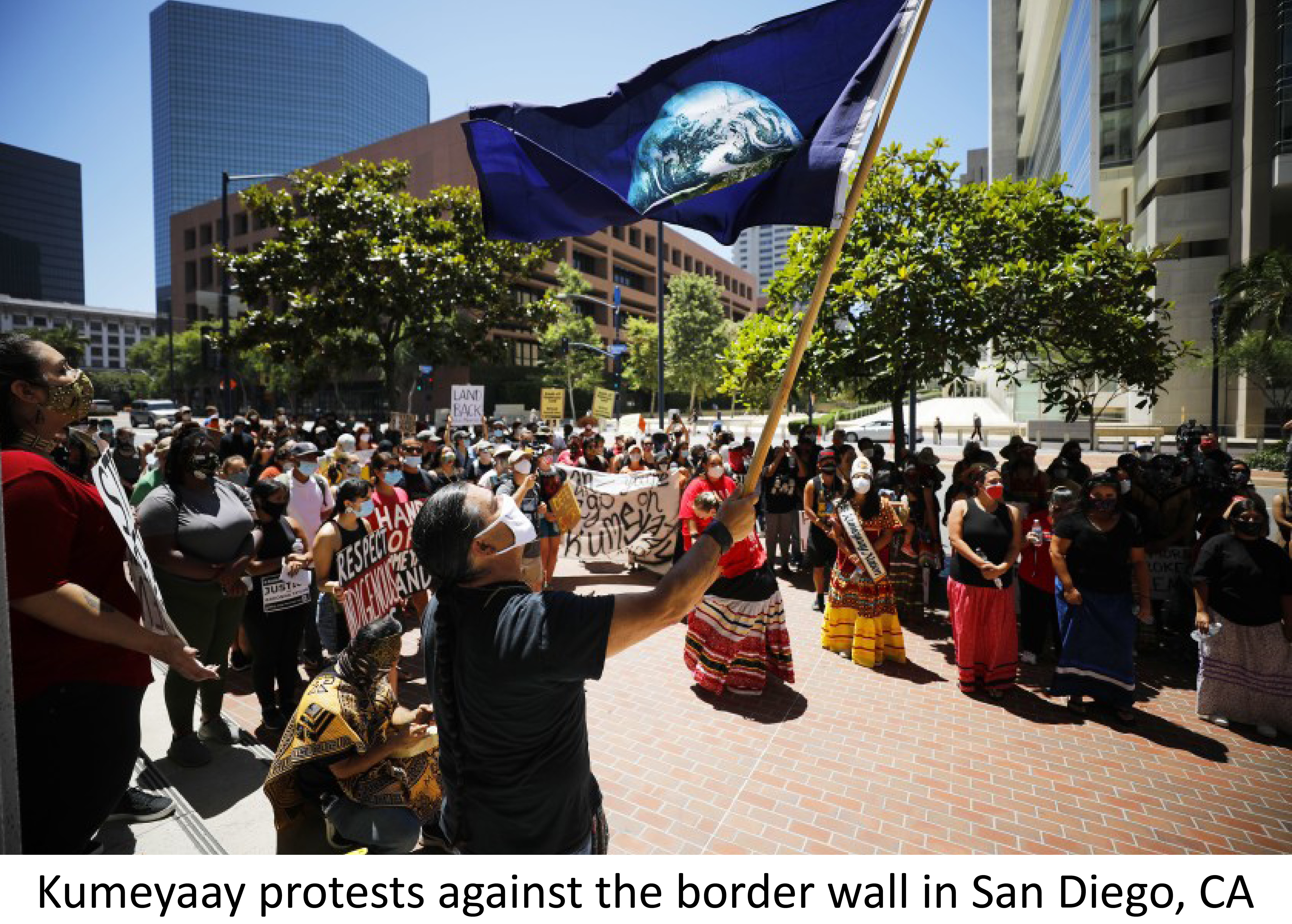 tribes have had success in removing the dams and healing the rivers., such as the Yakama Tribe in Washington State and the Yurok Tribe of Northern California.

In the Southwest, tribes like the Kumeyaay of California and Tohono O'odham in Arizona have protested the continued construction of a border wall between the United States and Mexico. The artificiality of colonized borders have long separated members of these border tribes in both nations. Construction of the border wall threatens to disrupt long standing traditions of cross-border travel and cut off members of tribes from one another. Moreover, they also protest the border wall's impact on wildlife and the negative impact on other cultural resources. Today, the Kumeyaay and other tribes are protesting the wall's construction to enforce promises made by the federal government, protect ancestral graves, and preserve the environment.

In the North, the Standing Rock Sioux Tribe and its neighbors have come together to protest the construction of the Dakota Access Pipeline (DAPL). For years, the company Energy Transfer sought to construct a 570,000 barrel per day pipeline that would run through the Dakotas and Iowa to a refining station in Illinois. The Standing Rock Sioux have protested the pipeline as a violation of its treaty rights and disruption to the natural habitat. The risk for environmental harm from a spill drew the attention of environmentalists and allies, as well as counter-protestors and 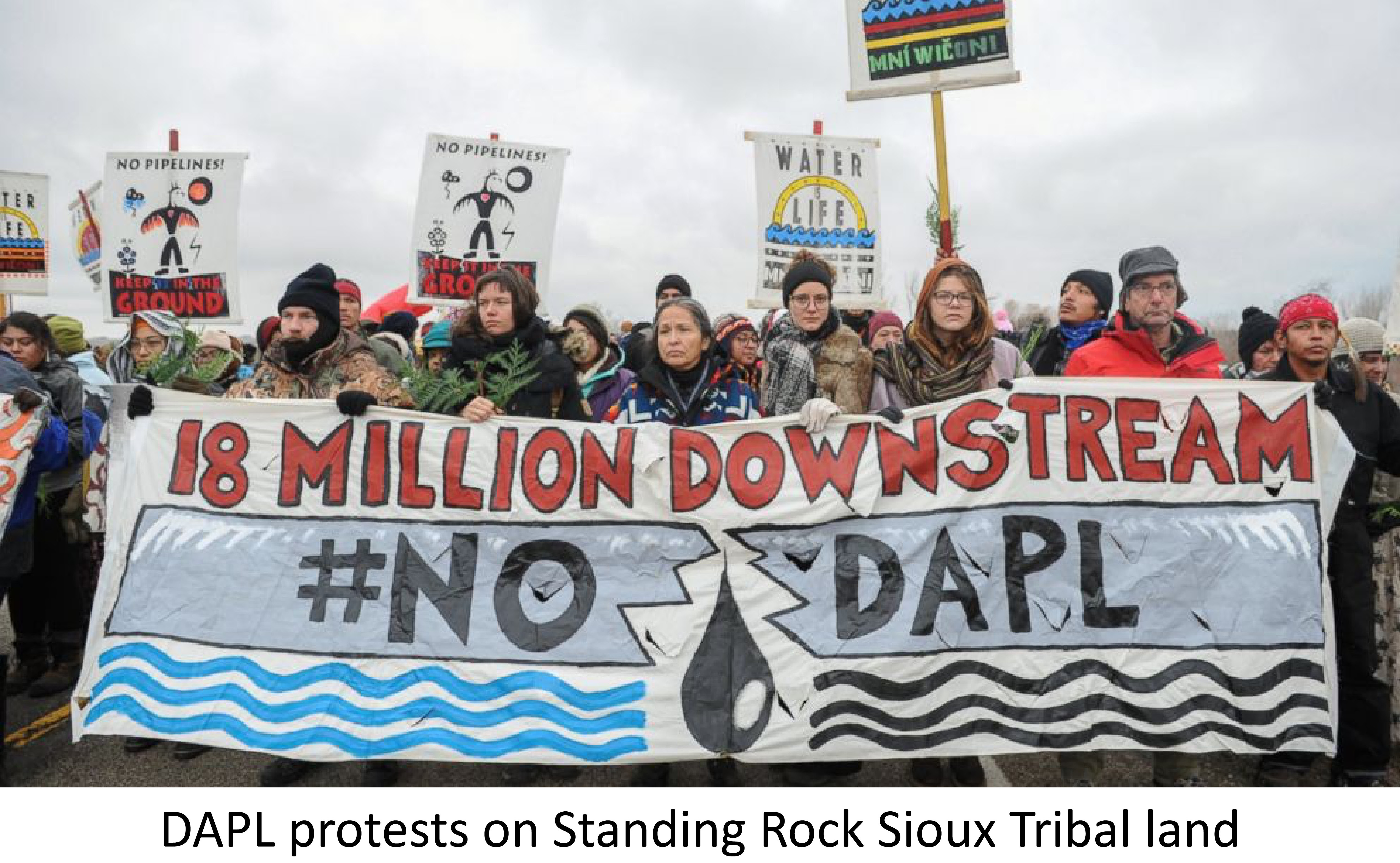 the attention of armed agents who attacked the peaceful protestors. Recently, a federal district court enjoined Energy Transfer from operating the pipeline and ordered it to be empty. A few days later, a federal appeals court stayed the injunction and granted the company temporary permission to continue operations.

While progress has been made across the country to protect cultural resources, there is still work to be done and there is a need for attorneys to assist tribes in achieving environmental sovereignty. 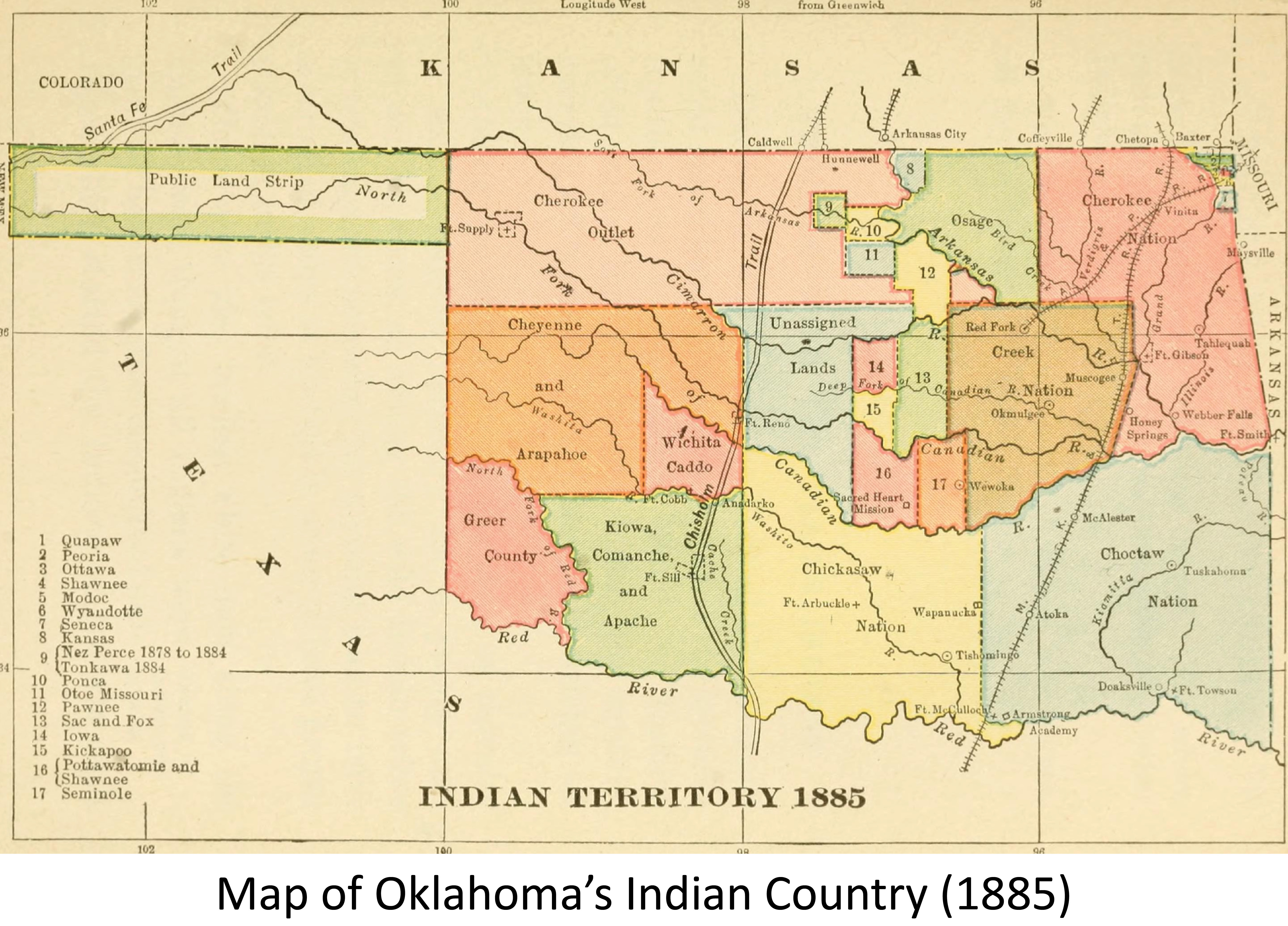 The relationship between Native American tribes and the United States can best be described as paternalistic and tumultuous. As discussed elsewhere in this guide, during the Reservation Era, the federal government forcibly removed Native Americans from their homelands in the East and drove them West to the lands where they currently reside. In exchange for the removal, the United States often entered into treaties with the removed tribes, promising to respect the lands they were given in exchange for relocation. This, however, has not always been the case.

In the last hundred years, the federal government, states, and individuals have tried to invalidate a number of the lands granted to tribes displaced by the United States' expansion. Most recently, the State of Oklahoma attempted to invalidate Indian Country in its territory, which makes up the eastern half of the state. Specifically, Oklahoma wanted to try Native Americans for crimes in the Northeastern part of the state. However, due to the Major Crimes Act, criminal jurisdiction has been reserved to the federal governments and the tribal courts of the region. The Supreme Court recently recognized this fact in a 5-4 decision. Still, tribes like the Mashpee Wampanoag, who greeted the Pilgrims in 1620, still face revocation of their reservation status and the lands promised to them. 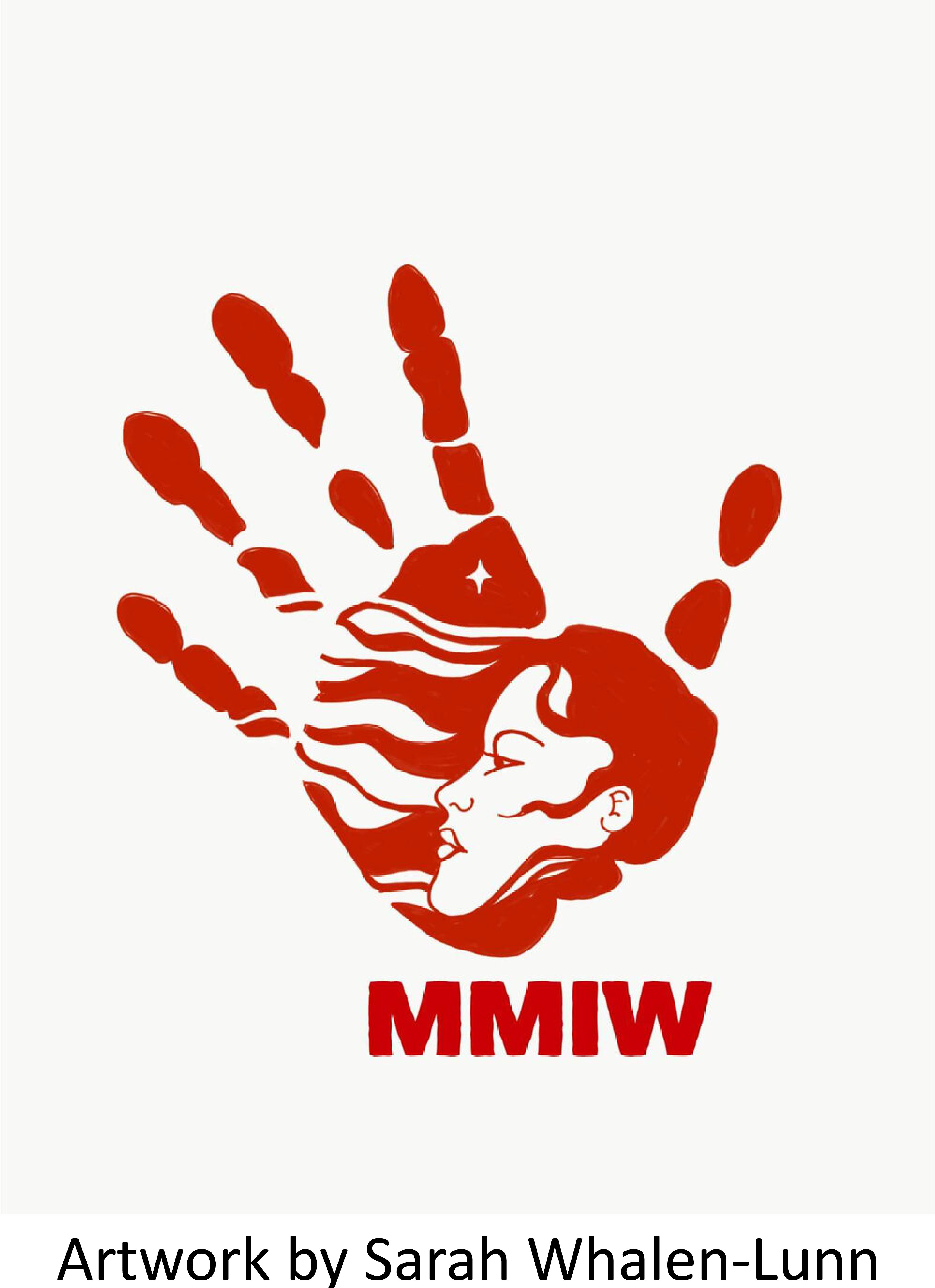 The Missing and Murdered Indian Women (MMIW) crisis is an epidemic that is present in both the United States and Canada. According to the Urban Indian Health Institute, the third leading cause of death for Native American and Native Alaskan women was murder. Yet in 2016, of the 5,712 cases of MMIW that were reported, only 116 were logged in the Department of Justice database. Most of the women and girls harmed have cases tied to domestic or sexual violence.

Beginning in the 1990s, Native women began marching across the United States and Canada to demand justice for their "stolen sisters." Despite visual protest of the MMIW epidemic, very little action was taken to address the problem federally. For tribes in PL 280 states, the response to MMIW often fell on the deaf ears of state and county actors. Tribes themselves were often unable to address the problem themselves due to the ruling of Oliphant v. Suquamish Indian Tribe, 435 U.S. 191 (1978), which held that tribal courts do not have the inherent criminal jurisdiction to punish non-Indians.

In 2013, through the successful efforts of MMIW advocates, President Obama signed the Violence Against Women Reauthorization Act of 2013. Under this bill, Congress granted tribal courts the authority to try non-Natives for violent crimes against women. In 2018, the MMIW epidemic was brought to national attention when the Senate resolved to declare May 5th "National Day of Awareness for Missing and Murdered Native Women and Girls." In 2019, the House of Representatives passed the Violence Against Women Reauthorization Act of 2019, which provides even greater power for tribes to address the MMIW in their communities. 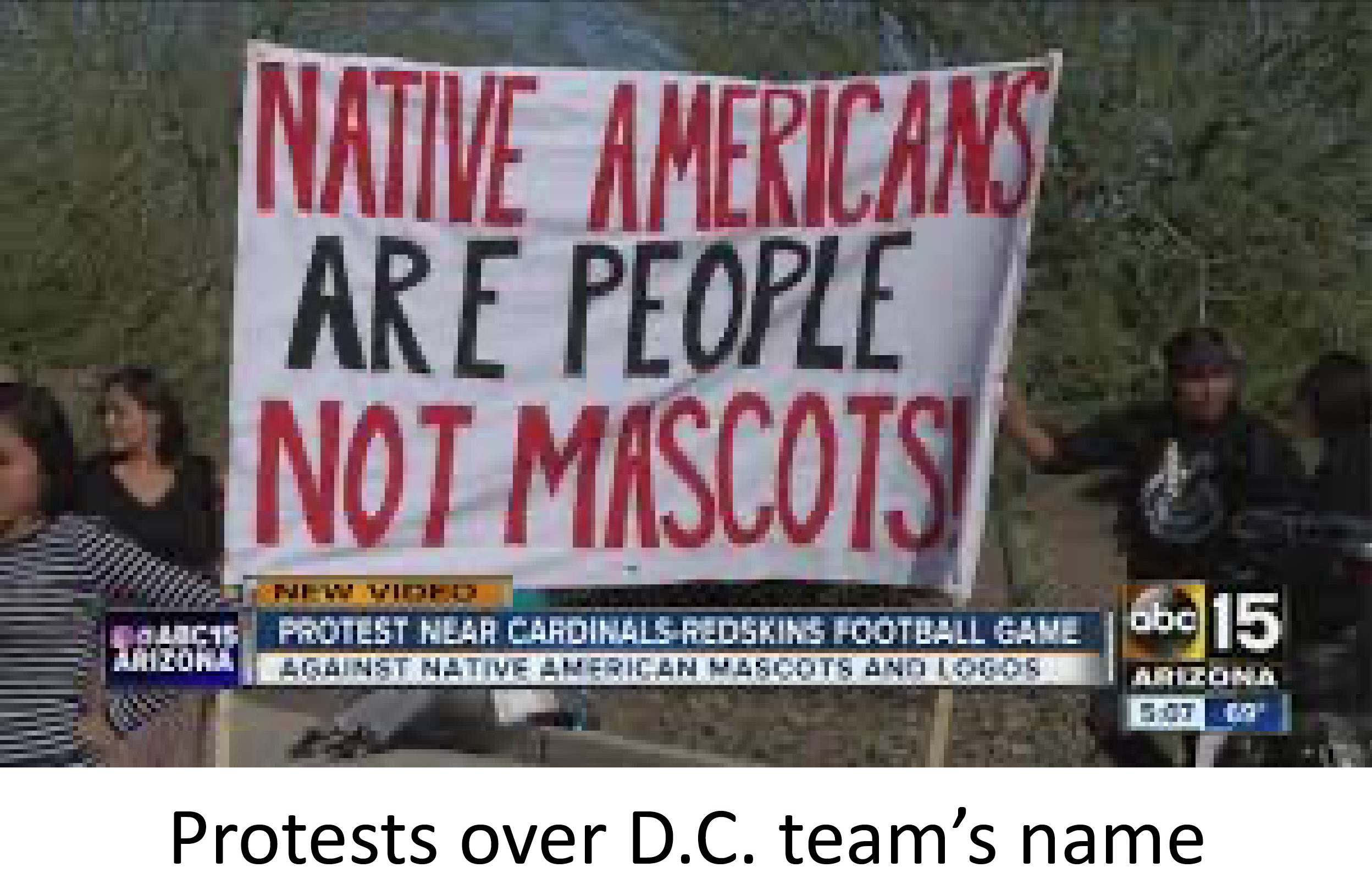 American culture has stereotyped Native Americans since its inception. During the last century, the stereotypes began to physically manifest as mascots for sports teams, consumer products, and more. In 1968, the National Congress of American Indians (NCAI) began advocating against mascots for their harmful psychological and cultural impact on Native Americans. Since then, much progress has been made to remove mascots. Recently, in the wake of Black Lives Matter protests over the murder of George Floyd, professional sports teams in the NFL, NHL, and MLB have contemplated the removal of offensive Native American imagery in order to correct past harm. Despite a denial by a certain NHL team to change its team's name, the professional football team in Washington D.C. most recently declared a commitment to alter its team name moving forward. For more information, check out NCAI's webpage on mascots.