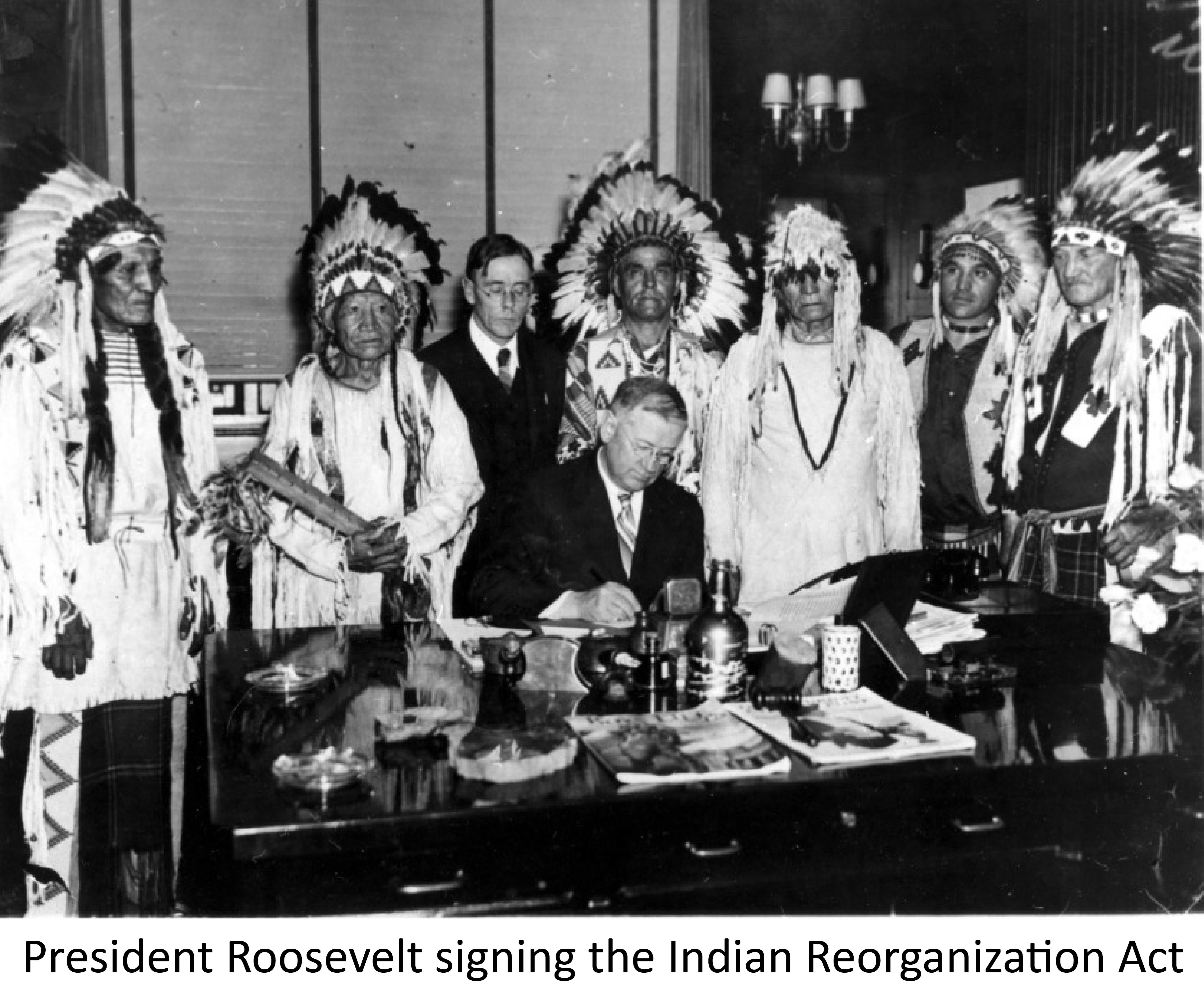 The Self-Government Era, was an era in which federal policies toward Native Americans began to change.  In 1934, Congress passed the Indian Reorganization Act, a New Deal policy which gave Native Americans more power to self-govern.  As William Canby Jr. writes, "The Indian Reorganization was based on the assumption, quite contrary to that of the Allotment Act, that the tribes not only would be in existence for an indefinite period, but that they should be." William C. Canby, Jr., American Indian Law in a Nutshell 25 (6th ed., 2015).

The Indian Reorganization Act effectively ended the previous era's policy of allotting land.  Additionally, surplus lands on reservations were returned to tribal ownership if they were not previously acquired by another entity.  This new policy of recognizing Native Americans and the land promised to them dramatically increased the ability of tribes to enhance their sovereignty.

One way that the Indian Reorganization Act enhance sovereignty was by requiring tribes to adopt and ratify tribal constitutions.  These constitutions laid the foundation for modern tribal government and allowed for the creation of tribal councils and modern tribal courts.  Nevertheless, these documents were still subject to the approval of the Secretary of the Interior.  Moreover, the type of constitutions the Department of the Interior approved varied greatly from how tribes had historically governed themselves.  Still, the new commitment to tribal self-government ushered in more prosperity and economic growth for tribes than had been seen in previous generations, and it paved the way for tribes to expand their political power.