A Brief History of Civil Rights in the United States: Feminism and Intersectionality 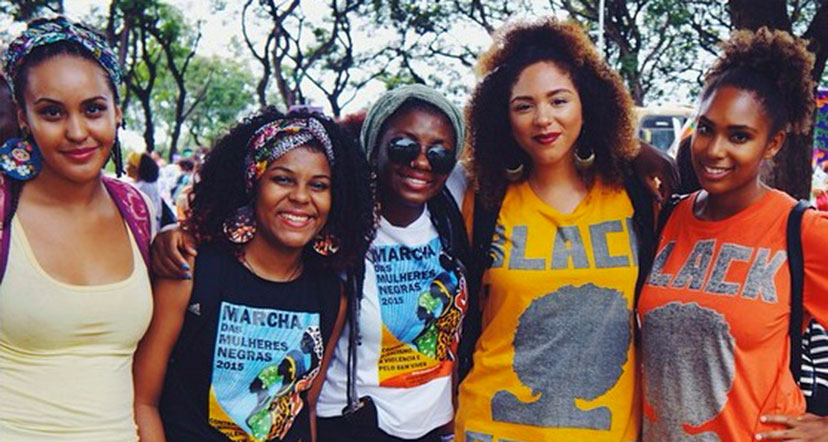 The issues that divided early suffragettes still plague women today. For all the progress that has been made, women's rights activists have also taken steps backwards. Feminism, as a movement, has not done a good job at being inclusive of minorities. Women of color have been left on the peripheries while feminism largely caters to white viewpoints.

Feminism is discussed in terms of waves.  First wave feminism encompasses the nineteenth century and early twentieth century suffragettes who fought for the right to vote. Second wave feminism generally encapsulates the period from the 1960s to the 1990s. This period runs concurrent with anti-war and civil rights movements and the dominant issues for feminists in this time period revolved around sexuality and reproductive rights. Third wave feminism is generally seen as starting in the mid-1990s and is sometimes referred to as girlie-feminism or "grrrl" feminism. Its adherents often confounded followers of second wave feminism because many third wavers rejected the notion that lip-stick, high-heels, and cleavage proudly exposed by low cut necklines identified with male oppression. The third wave celebrated ambiguity and refused to adopt "us versus them" ideology.  As a result, most third-wavers rejected the word "feminists" because they found it limiting and exclusionary.

The fourth wave of feminism is still crystallizing. Feminism is now back in the realm of public discourse. Issues that were central to the earliest waves of the women’s movement are receiving national and international attention by mainstream press and politicians:  problems like sexual abuse, rape, violence against women, unequal pay, slut-shaming, the pressure to conform to an unrealistic body-type, and the fact that gains in female representation in politics and business are minimal. At the same time, reproductive rights that had been won by second wavers are now under attack. It is no longer considered “extreme" to talk about societal abuse of women, rape on college campus, unfair pay and work conditions, discrimination against LGBTQIA+ friends and colleagues, and the fact that the U.S. has one of the worst records for legally-mandated parental leave and maternity benefits in the world.

With the rise of fourth wave feminism, the concepts of privilege and intersectionality have gained widespread traction amongst younger feminists. The term intersectionality was first introduced in 1989 by critical race theorist Kimberlé Crenshaw, who provided a framework that must be applied to all situations women face, recognizing that all the aspects of identity enrich women's lived experiences and compound and complicate the various oppressions and marginalizations women face. It means that women cannot separate out numerous injustices because women experience them intersectionally.

Intersectionality helps us to understand that while all women are subject to the wage gap, some women are affected even more harshly due to their race. Another instance where intersectionality applies is cases of LGBTQ murders - people of color and transgender people are more likely to be victims than cisgender people. These are just two examples of why intersectionality matters. To truly bring about change that is meaningful for all, everyone's voice needs to be at the table.