A Brief History of Civil Rights in the United States: The 1990s, "Don't Ask, Don't Tell," and DOMA 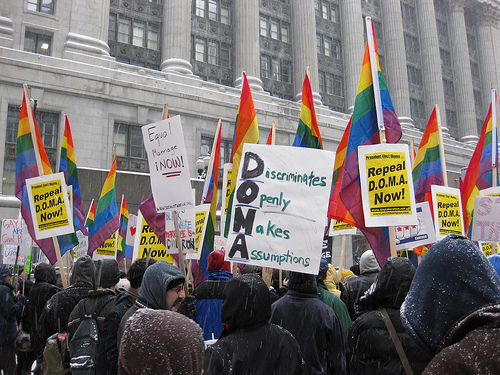 The 90's were a pivotal time for gay rights. While LGBTQ people were treated unequally, and often faced violence within their communities, a younger generation began to realize that LGBTQ people were entitled to the same rights as anyone else. While it would take another 20 years or so for those rights to be realized, the 90's were a time when gay rights began to be on the forefront of political conversations.

In 1993, the “Don't Ask, Don't Tell” policy was instituted within the U.S. military, and permitted gays to serve in the military but banned homosexual activity. While President Clinton's intention to revoke the prohibition against gays in the military was originally met with stiff opposition, his compromise led to the discharge of thousands of men and women in the armed forces.

In response to "Don't Ask Don't Tell", Amendment 2 in Colorado, rising hate crimes, and on-going discrimination against the LGBTQ community an estimated 800,000 to one million people participated in the March on Washington for Lesbian, Gay, and Bi Equal Rights and Liberation on April 25, 1993. Several events such as art and history exhibits, public service outings and workshops were held throughout Washington, DC leading up the event. Jesse Jackson, RuPaul, Martina Navratilova, and Eartha Kitt were among the speakers and performers at a rally after the march. The march was a response to “Don't Ask Don't Tell”, Amendment 2 in Colorado, and rising hate crimes and ongoing discrimination against the LGBT community.

Amendment 2 in Colorado sought to deny gays and lesbians protection against discrimination, claiming that such rights were "special rights."  The Supreme Court struck it down in 1996 in Romer v. Evans, stating, “We find nothing special in the protections Amendment 2 withholds. These protections . . . constitute ordinary civil life in a free society.”

The Defense of Marriage Act (DOMA) was enacted in 1996 and defined marriage, at the federal level, as the union of one man to one woman. DOMA was primarily brought about by a fear that if states granted same-sex couples the right to marry, the federal government, and other states would have to honor those marriages. In 1996, this was an idea that didn't sit well with the majority of Congress (it should be noted that Congress was held by a Republican majority at that time). DOMA allowed states to refuse to recognize same-sex marriages granted under the laws of other states. More starkly speaking, until Section 3 of the act was struck down in 2013 by the decision in United States v. Windsor, DOMA effectively barred same-sex married couples from being recognized as "spouses" for the purposes of federal marriage benefits.

While DOMA did not bar individual states from recognizing same-sex marriage, it imposed constraints on the benefits that all legally married same-sex couples could receive. These included insurance benefits for government employees, social security survivors' benefits, immigration assistance, ability to file for joint bankruptcy, and the filing of joint tax returns.  DOMA also made same-sex married couples ineligible for financial aid that was otherwise available to heterosexual married couples. In 2004, a General Accounting Office report looked at all federal statutes and found 1,138 federal laws using terms like “spouse,” “husband,” “wife,” “widow” or “widower,” that treat people differently based on whether or not the federal government recognizes them as married.

In the lead-up to the Windsor decision, the Obama administration stopped defending Section 3 of DOMA in court challenges because the President and the Department of Justice determined that it was clearly unconstitutional. Attorney General Eric Holder notified Congress that the DOJ would no longer argue that Section 3 of DOMA should be upheld in cases challenging it. The President and Attorney General had concluded that laws that discriminate against LGBT people required the application of heightened scrutiny under the Constitution’s Equal Protection guarantee, meaning that courts must presume such laws unconstitutional and strike them down unless there was a very strong justification for the discrimination. The President and Attorney General concluded that DOMA could not survive that test. Although the administration stopped defending DOMA Section 3 in legal cases, it was still enforced law until United States v. Windsor declared it unconstitutional in 2003. 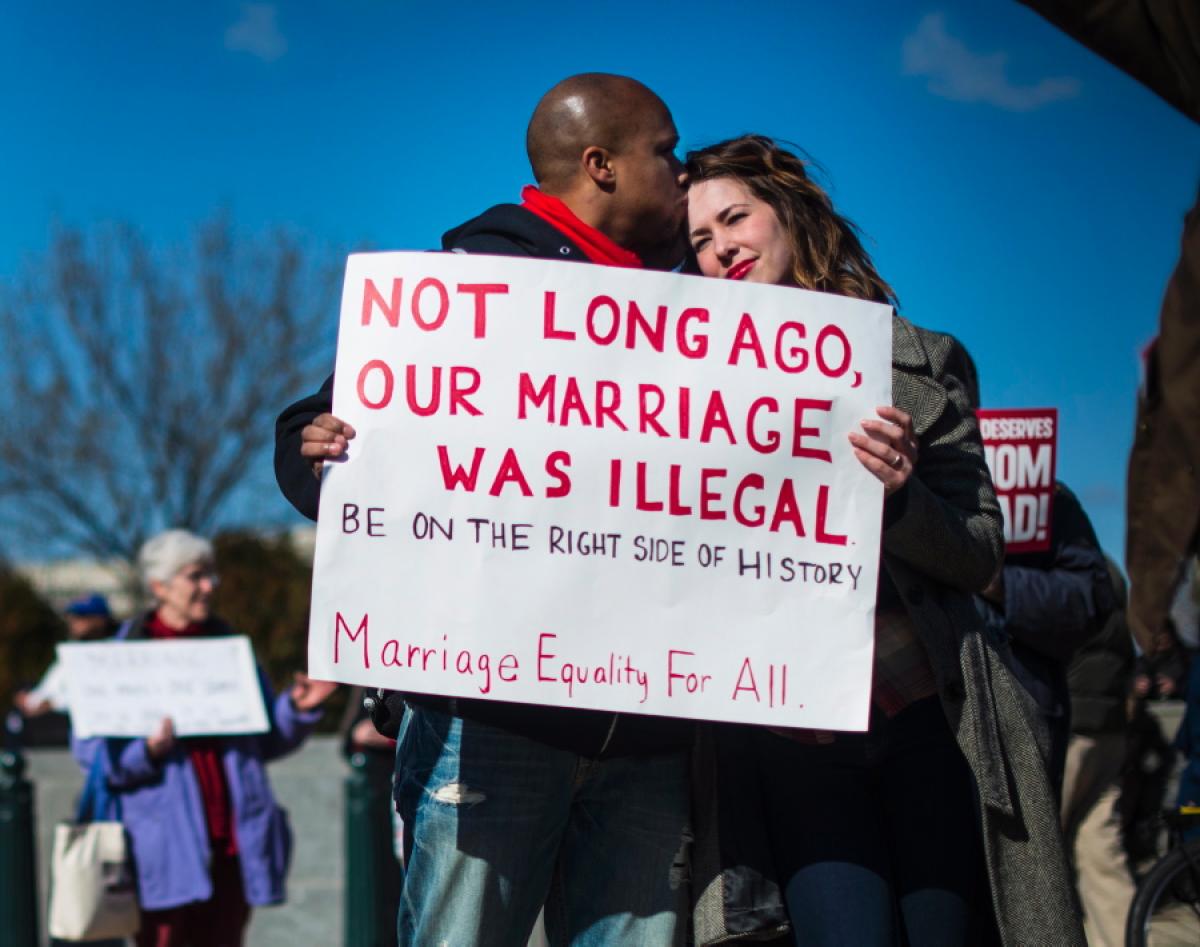 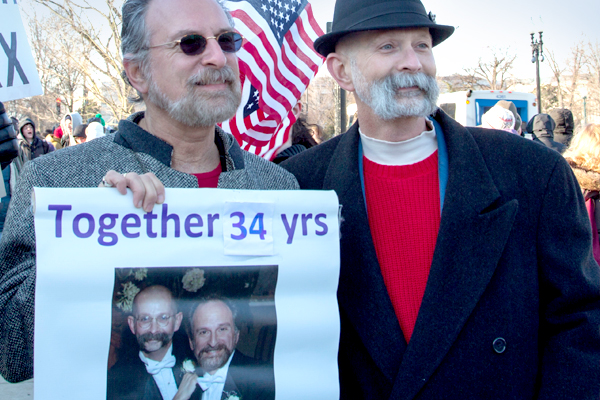