As the United States grew in population, the federal government sought to displace Native Americans to increase room for western expansion. The policy goals of the era focused on removing Native Americans from Indian Country and moving them west beyond the Mississippi River. Congress codified this policy officially in 1830 with the passage of the Indian Removal Act. Application of the act displaced thousands of Native Americans from their homes. The most infamous displacement was that of the Cherokee whose march west resulted in the death of over four thousand tribal members. This death march is commonly referred to as the Trail of Tears. 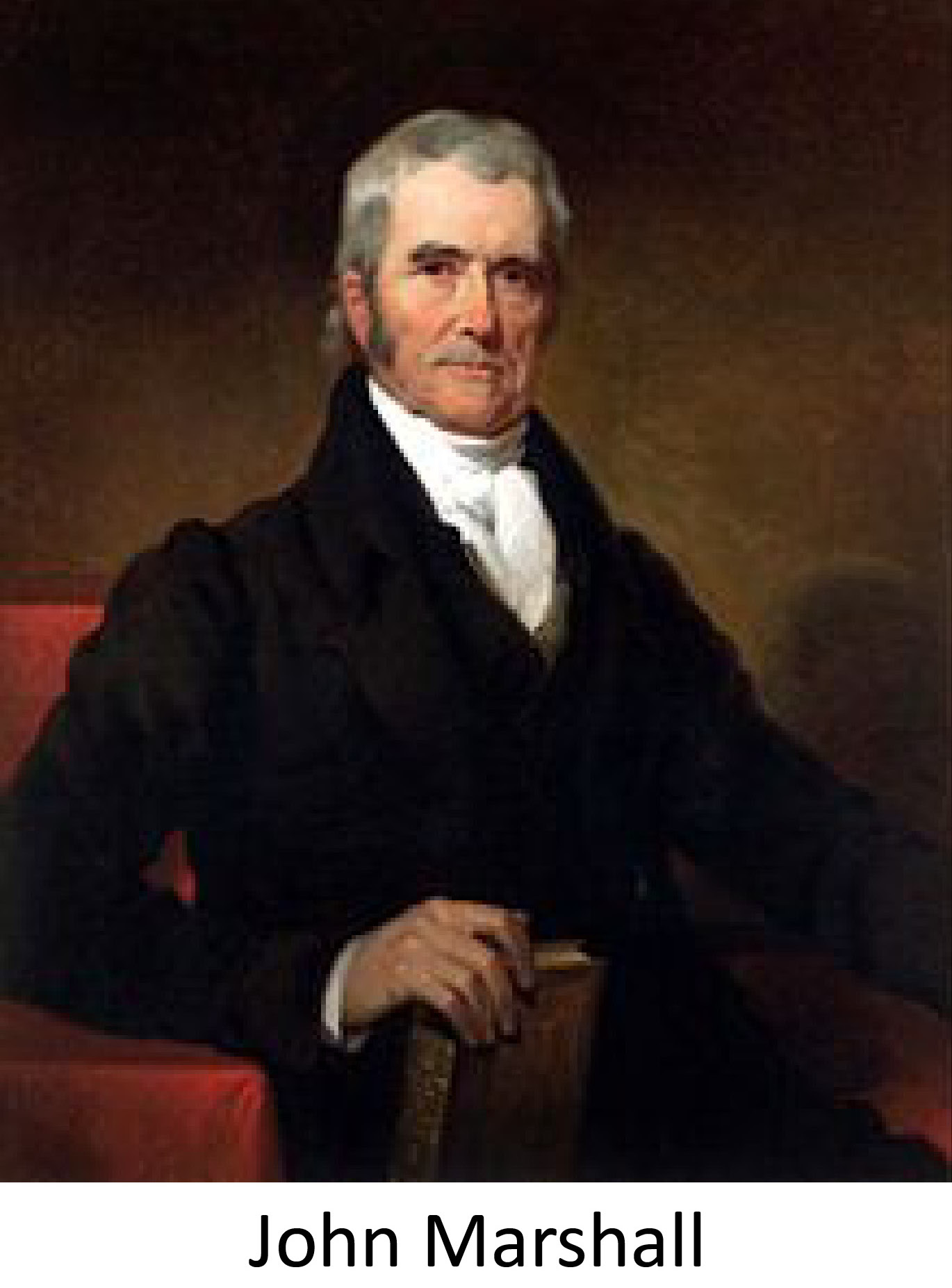 Congress' actions would not have been possible without the assistance of the judiciary. Between 1823 and 1832, the Supreme Court, led by Chief Justice John Marshall, established several legal doctrines that have impacted federal Indian law well into the Twenty-First Century. The three main cases decided by the Marshall Court ultimately came to be known as the Marshall Trilogy. The cases decided by the court over this nine year period ultimately divested Indians from land ownership and made them mere occupiers of the land in which they inhabited; confirmed the federal government to be the sole body capable of legislating over Indians; and established the Indian canons of construction to help courts interpret treaty rights and other legislative instruments pertaining to Native Americans.